The staff and students in the LDRC are working on a wide variety of projects on languages around the world. Several of these, including past projects, are summarized in the pages on this site. 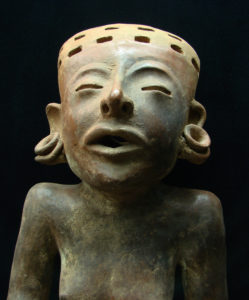 This project is aimed at the documentation of languages in the Totonac branch of the Totonacan language family, spoken in East Central Mexico. It began initially with work on Upper Necaxa Totonac and has since expanded to include intensive work in neighbouring languages, Zuhuateutla Totonac, Coahutilán Totonac, and Tepezintla/Ozomatlán Totonac. The project has conducted more limited field work in several other Totonac communities. The UNT project has been working on More information: Upper Necaxa Totonac Project Website 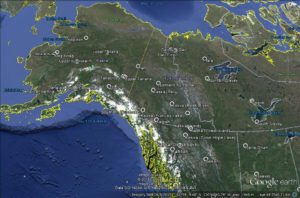 The Pan-Athapaskan Comparative Lexicon is a lexical database that aims to support historical linguistic and archaeological research on the past of the Athapaskan languages and Athapaskan-speaking peoples. This project is being carried out in collaboration with the Institute of Prairie Archaeology.

The Athapaskan or Dene languages constitute the largest and most geographically widespread language family of native North America. It has been hypothesized that at the time of European contact there were three to four dozen daughter languages stretching from what is now central Alaska down to the northern California coast, from Yukon and British Columbia across sub-boreal Canada to the northwestern edges of the Hudson Bay and, remarkably, to isolated pockets in the American southwestern states of Arizona, New Mexico, and Texas. Five separate sub-groupings have been identified: Alaskan, Northern Interior (BC/Yukon), Mackenzie Basin, and the non-continuous Pacific Coastal and Apachean (American southwest).

For linguists, Athapaskan languages are famous for their large and unusual sound inventories and inconsistent prosody; their complex, irregular, and polysynthetic verb systems; and the fact that they exhibit relatively little lexical borrowing. In short, they display startling similarities despite their huge geographic dispersal. Speakers of southern Athapaskan languages encountering their northern ‘cousins’ for the first time are equally astounded at the many resemblances and frequently report that while they cannot follow every word, they easily get the gist of what their fellow Dene are saying. For anthropologists, Athapaskan peoples are famous for their cultural adaptability. The Dene are the great chameleons of North America, often adopting the dress, diet, life-style, ceremony, and cosmology of their neighbors. For archaeologists, however, the Dene present one of the biggest mysteries for the resolution of settlement and migration patterns in prehistory North America.

Given their profound linguistic uniformity, Athapaskan separation must not be very extensive temporally. However, given their profound cultural diversity, there must have been compelling reasons for Dene people to set out on long marches across the continent. Finally, given the scientific attention that the Dene and their languages have received, it is indeed curious that the following questions have no definite answers: When did the ancient Athapaskans arrive in North America? Where was their homeland? Why did they begin to migrate? And, of most relevance to the proposed research described here, how did the southern pocket of Apacheans, end up so far from home and who were their most likely northern ancestors? The physical record that archaeologists have at their disposal is quite fragmentary and ambiguous and offers little in the way of conclusive evidence in response to questions like these.

This interdisciplinary research project, uniting a team of linguists, Dene speakers, archaeologists, and language and computing specialists, involves the expansion of a prototype on-line comparative lexicon based on a sampling of archaeologically relevant terms from across the daughter languages. There are 3,000-odd items in the database thus far taken from published sources and archived field notes, dating back as far as the 18th century. Needless to say, the small sample size, the inaccuracy with which word forms may have been recorded over the centuries, the inconsistency inherent in the different transcription systems, and the lack of detail about the meaning and usage of each particular term, render the individual entries vulnerable and weaken the conclusions that can be drawn about present-day language relationships or any reconstructions of the proto-language. The expansion currently being undertaken first and foremost involves the verification of existing entries by speakers in still extant daughter languages. Simultaneously, we will make high-quality acoustic recordings of old entries and every new form contributed by speakers.

The expanded database will include orthographic, phonetic, lexical, morphological, semantic, and cultural information; it will be multimodal, containing text, sound and image files; it will be web-accessible and partially editable by speakers in participating communities; and finally it will feature an engaging interface that can be explored and manipulated interactively by the user. We anticipate that the expansion of this lexicon will (a) yield valuable new information about contemporary and historical relationships among the daughter languages and cultures; (b) allow speakers to become involved in a hands-on, large-scale research project that will assist them in language revitalization work, especially since every remaining Dene language is highly endangered; and (c) resolve through converging lines of evidence some questions about the timing, route, and impetus of Athapaskan migration, especially among the Apacheans.

At present, we have succeeded in preliminary efforts to compile historical and contemporary Dene terms for certain conceptual categories such as material culture (weaponry, dwellings, domestic artifacts), game animals, geographic features, fauna and flora found outside the Subarctic, social roles and social structure, and ethnonyms, as well as Tlingit, Eyak, and reconstructed Proto-Athapaskan terms. To date, these items have been drawn from dictionaries, lexica, textual materials, and oral testimony. When possible, they have been rendered in IPA (the International Phonetic Alphabet) from their original orthography, parsed and glossed according to source information, mapped by language or dialect, and entered into a relational database. This text-only database is searchable in a variety of fields (on the basis of geographic region, language, semantic field, lexical concept, language string, data source, etc.) and searches are returned in a downloadable table. With funding, it can be expanded and made available on the internet for further development by native speakers and by field linguists of Dene languages (phase 1) and as a research tool for a variety of purposes as discussed below (phase 2).

Our prototype lexicon has already been used to support archaeological research in conjunction with questions about migration patterns among the Dene. PACL is currently being expanded with new forms, with material from additional languages, with high-quality acoustic recordings of individual entries, with image and video files, with cultural, biological, and linguistic commentary, and with extensive paradigmatic, propositional, and narrative material. Thus enlarged, PACL will function as a dynamic repository of Athapaskan lexical forms with many applications, principally scientific, but also in service of community-based revitalization efforts. Individual entries will be continually added and/or verified by speakers and experts of particular languages.

The Thomas Melville Hess Collection consists of documentary materials on the indigenous languages of the Pacific Northwest recorded by the eminent linguist Thom Hess have been donated to Special Collections at UofA. It includes extensive audio recordings and field notes on Lushootseed, as well as other Salishan and Wakashan materials. In the course of this project

The Salishan language Lushootseed, spoken in the Puget Sound area of Washington State and the Upper Skagit River, has only a handful of fluent elder speakers remaining, yet — thanks largely to the efforts of Thomas M. Hess and his teachers and collaborators — the language has been well documented, though much of the material remains in unpublished or inaccessible form. This project seeks to compile and analyze the exisiting materials. Currently, we are working on: The final goal of this project is the creation of a reference grammar and a collection of analyzed texts. 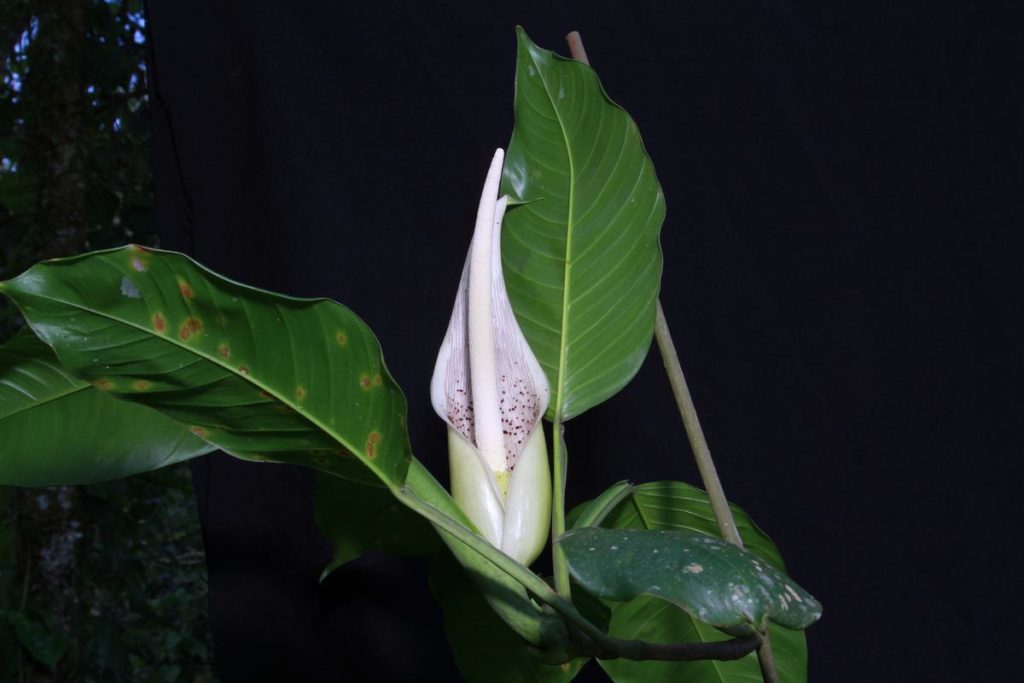 This project began in 2015 with efforts to collect and determine to genus or species the plants included in the Upper Necaxa Totonac Dictionary, and later expanded to include collections in a total of 10 Totonac communities under a project funded by the ELDP. Vouchers of plants identified by consultants were collected, photographed, and prepared with the assistance of botanists, while recording of the plant names and other knoweldge of uses and ecology of the plant specimens were made by the linguists working with the team. 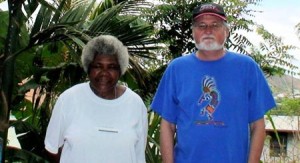 Pohowa (also known as Pahavai, Pelipowai, Bowai, Bohuai, and Bohuai-Tulu) is one of about 30 Austronesian languages spoken on Manus Island located to the north of the Papua New Guinea mainland. Linguistically, it belongs to the Admiralties subgroup of the Oceanic branch of Austronesian languages. Recent estimates have put the number of speakers below 1,000. The present project aims produce linguistic documentation of Pohowa, beginning with a grammatical sketch and basic dictionary. Data for this project was collected in New Zealand in 2001 and Papua New Guinea in 2007.

This project focuses on two language isolates spoken on the border between Venezuela and Brazil: Arutani and Sapé. With less than a handful of speakers remaining for both languages, the project seeks to gather as much material as possible from current speakers and from legacy materials.

This project combines the creation of applications with research on language strucure and acquisition, through, for example, monitoring the behavior of learners using the applicaiions. The project also involves the collection and digitization of textual resources into corpora, both as a means of tool-testing and as a research objective of its own.

This project focuses on the Sáliban language Family (Sáliba, Piaroa, & Mako) of Venezuela and Colombia. The main goals are to document and describe these little-known and endangered languages in collaboration with the speaker communities.